It's always amazing to me how some business owners and sales professionals are quick to put down their competition. The phrase "putting down" is mild - I recently attended a local event where I was an exhibitor. The speaker was an author who wrote a book about selling. Was this speaker "competition" to me? He was here from out of town, promoting a book on sales effectiveness. The audience was made up of local companies needing ideas on selling - otherwise they probably wouldn't have attended - and within hours, the speaker would leave. I saw it as a golden opportunity to remind attendees that there are good local resources to help them beyond the knowlege a book can offer.  So while I at first might have been disappointed to not have been that keynote speaker, I stopped thinking about it as a competitive situation and instead how to make the most of it.

Think of ways you can climb onto opportunities like this one - the crowd came in for the national speaker - and my investment in being an exhibitor was very worthwhile. In fact, i donated a session on increasing revenues and the person who won it  (through a front-of-the-room drawing) told me that someone offered him ten rounds of golf for it - so I know their were key qualified folks there wanting what I do. See how you can modify this idea, but read on about my feelings on competition:

While at this event, I met a sales representative who bashed two competitors within about 90 seconds. I even gave him an "out" by saying that I like to focus on my company's strengths rather than my perception of industry counterparts' flaws - but he wouldn't stop.

Discussing negative aspects about your competition, also known as your "industry counterparts" - has no place in your business conversation with prospective clients. Listen to an NFL coach talk about the upcoming game - they don't put down the other coach or the other team - they talk about what that team does well, and how they feel they are ready for the challenge. Whether you are into sports or not - take a listen next time you are listening to the radio or TV since it is football season - or find a sport of your choice. Professionals don't lambaste the competitor.

How true. I chose along time ago to not use the word "competition" - I don't believe I have direct competition, and the phrase, "industry counterparts' works so well for me.

Post your thoughts on competition and let's get a discussion going! 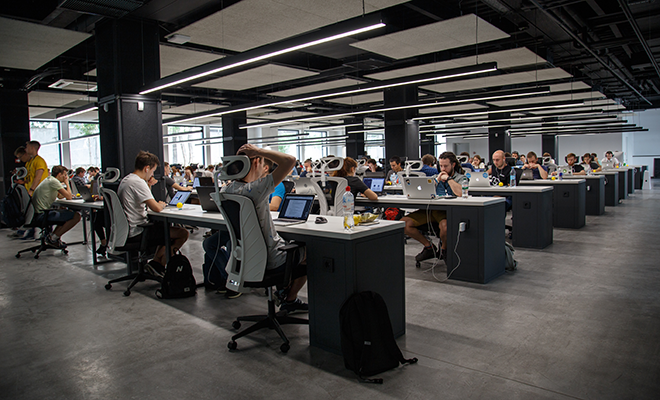