I had to chuckle when I heard that low price airline TED (owned by United) is going to start selling merchandise on some of their domestic flights, according to the Rocky Mountain News.

The union representing the flight attendants shared that they "have some concerns" about this - I don't really blame them.

It's one thing to be asked about an airline credit card, with nice reward for signing up on the spot, as Alaska does - but for flight attendants to regularly sell merchandise (and get commission for doing so) - well, I think that it is a mistake.

For one, it goes to the assumption that anyone can sell (as an aside, and probably with minimal training or instruction). What will happen is that this effort will distract and water down the many other critical duties that flight attendants have - like focusing on everyone's SAFETY... they will find that these $5 to $25 items just aren't worth the time or effort - and I predict this program won't last. I also predict, that, like the US Postal Service workers, not everyone is comfortable selling or upselling.

what are your thoughts?

who else is selling that you didn't expect would be doing so? 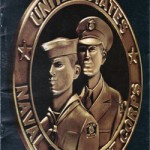 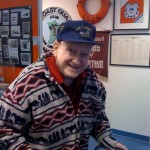