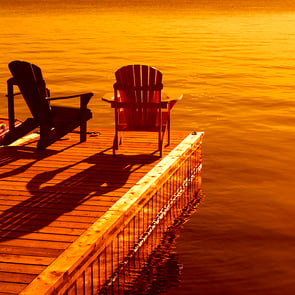 What a vivid lesson given by the owner of the Inn that Chef Gordon Ramsey visited on his show, Hotel Hell.  This episode is called “Lakeview Hotel” and you can watch via the FOX website here.

If you’ve not seen the show before, the premise is that owners of hotel properties that are losing money or are in bad shape request to be on the show  – the show team selects properties for the season and reaches out to send Chef Ramsay and his team in to assess and improve.

The Lakeview Hotel episode caught my attention because the property is located in beautiful Chelan, Washington – a place I’ve been to many times due to growing up in the Pacific Northwest.

This hotel was hemorrhaging money – tens of thousands of dollars a month. The owners appear to have many characteristics of people who should never be near the public. It is a husband-wife team who have owned the place for 15 years. They alienated themselves from the local businesses and residents. One example is that in their bar / lounge downstairs from their “adult only” Inn (weird), they would not serve local wine – even though Chelan is on the edge of the amazing Washington Wine country. The husband – certainly seeming to be the bigger disaster of the show felt that since the wineries also had restaurants it was competitive so they should bring in wines from outside Washington state. Crazy but true.

Gordon Ramsay makes intelligent, sound, and strategic recommendations based on working in the hospitality industry for many years and for his expertise in helping turn around restaurants and hotels. It is his specialty.

Here is where I got my “AHA” from in watching. Chef Ramsay points out dozens of issues, from dusty ceilings to stains on sheets to the practice of serving frozen entrees and calling it fresh. Initially the husband argued with Chef, but soon he just started agreeing with him. You would see his head nod when Chef pointed out another issue. Nod, nod, nod.

The show made improvements to the menu and in other ways – then Chef Ramsay left.

At the end of each episode they update on what’s happened since the show was filmed – and in this case, they said that the owners went BACK to their old gross menu, their old ways, and their insulated world.

This is like when we coach sales leaders. They may be coachable and nod their head – they understand – but they are not trainable because they don’t make the change.

According to the work we’ve done in the last two years,

Someone who is TRAINABLE is someone who has an incentive or reason to change.

You want BOTH - COACHABLE & TRAINABLE - in a seller and in a sales leader.

Do you know the reps and leaders I’m talking about who say “yes, yes, yes” to your ideas but never make them happen? I’d suggest there is a big reason for that – they may not be trainable.

If someone is not trainable in leadership or in sales, the company will suffer.

Need to know more about your sales team?